← more from
BMM Records
Get fresh music recommendations delivered to your inbox every Friday.
We've updated our Terms of Use. You can review the changes here. 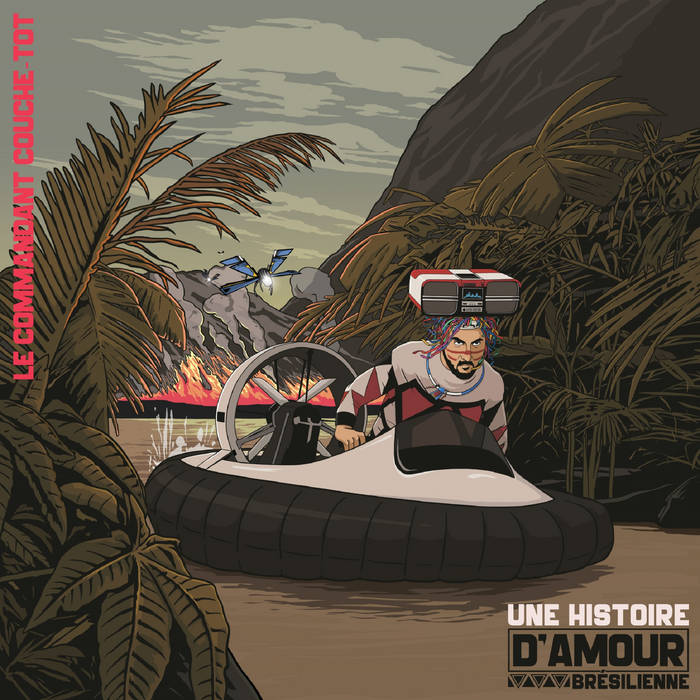 For the second chapter of his odyssey, Le Commandant, is riding a hovercraft on the Amazonas river chased by butterdrones and wildfires. This dystopian vision has been widely inspired by the troubles of years 2020 and 2021 and illustrates a form of anxiety toward the future. Its soundtrack is purposely the antithesis and is an assumed tribute to a very optimistic space disco and brazilian funk. A “good vibe” pill to give hope for a new beginning.

The vocal side has been, once again, offered to Youka Manuka who managed to create enchanting choirs all the way through. To complete this all-star line-up, Omar Lye-Fook is riding smoothly on L’Été Indien with his unique vocal vibe.

1. Amazonas / Ivre de la Jungle
We meet again Le Commandant, at full speed on a hovercraft on the Amazon river, chased by flying butterdrones and wildfires…

2. L'Été Indien (Feat. Omar)
A tropical rain manages to extinguish the fire, the sun is coming back on a luxurious forest, Le Commandant is now approached by a very special man...

3. Les Pyramides Cosmiques (Feat. Youka Manuka)
…The spirit of the forest hands him a crystal pyramid, engraved with the words "lick me": Le Commandant immediately starts to trip… after minutes that feel like days, he comes back to reality and wakes up on a beach.

4. Le Pain de Sucre (Feat. Youka Manuka)
Finally on top of the hill, he admires the unique panorama and lets his mind flow…

Thanks a million to Rute & Isaac for the love & inspiration and all the Malkas around the globe
Thanks to Joseph, Maël & Louis @ BMM Records
This record is dedicated to Michel

Bandcamp Daily  your guide to the world of Bandcamp